A Conservative chancellor has again targeted the UK's private rented sector - the fourth such budget announcement in a row. Housing policy is being made via fiscal policy and the repercussion in the housing market may not be quite what the government intends.

The chancellor announced an intention to ban fees being charged to tenants "as soon as possible". He didn't say if this ban extended to landlords as well as their agents, and there was also a lack of clarity around whether it was only the "up-front" fees at the start of a tenancy or, as in Scotland, a complete embargo on charging tenants anything but rent and deposits. There is also some doubt whether the ban will apply to England & Wales or just England.

A ban went live in Scotland in 2012 and could be said to have provided a 'trial period' for the rest of the UK. The difference between Scotland and the proposed ban south of the border is that in Scotland the legislation was already on the statute book and it only took a clarification by the Scottish parliament to effect the ban. Primary legislation will be required in England & Wales, therefore taking longer to enforce.
Agents have traditionally charged both landlords and tenants for items such as taking up references, drawing up tenancy agreements, providing inventories and accompanied entry and exit from the property. The experience in Scotland is that the burden of fees will simply shift from tenant to landlord. 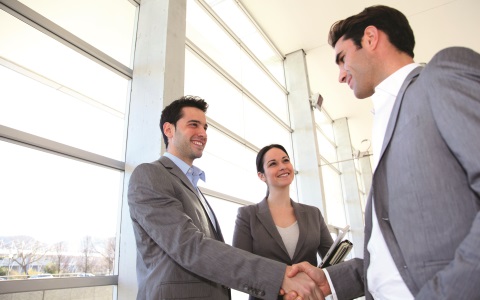 However, the wider context is the anti-landlord tax changes, which will most likely drive up rents. This could be so that landlords recoup lost income from being charged fees, or as a result of landlords withdrawing from the sector and the pool of available rented stock therefore diminishing.

So, despite tenants being 'favoured' by this decision, the question is whether they will actually save money! Average set up fees are circa £300 with an average rent of £800pcm at an average tenancy length of 30 months. Therefore, a £10pcm increase in rent will negate the £300 fee saving over the course of a tenancy - and this is the equivalent of a tiny 1.25pc increase in rent per month.
A more realistic increase would be between 3-5pc. An increase of 5pc (to £840pcm) means the tenant will be £900 worse off over the length of their tenancy, while the landlord will be £1,200 better off (assuming they keep all of the extra rent).
This means that the longer a tenancy, the bigger the tenant's loss. Meanwhile, landlords will prefer longer tenancies for the same reason - they gain extra income from higher rents, plus they also minimise the costs they incur from referencing and finding new tenants.
In fact you could say that if the ban on tenant fees does indeed result in accelerated rent increases it will improve the average landlord's position, while agents will at best recover their lost tenant fee income.
Savills' Residential Property Focus alludes to a 19pc rent increase in the next five years and this is no doubt based on the supply crisis as it stands. The experience in Scotland was that there was a reduction in the number of agents operating after the ban, and that rents have moved up at a pace of 5% to 10% increases on renewal or re-letting.
Back to all articles