Is Owning a Home as Unattainable for the Under 30s as they Believe?

This guest post is brought to you by property guru, Christopher Watkin, who has more than 20 years experience in the industry.

In 2016, however, twentysomethings predict they won't own their own home until their mid-thirties, and some of them say they will never own at all. We applaud their pragmatism and knowledge of the market, but are things as doom and gloom as they appear?

I did some research.

The current average price paid for an apartment in Britain, according to the Land Registry, is £187,160, and a terraced house £143,839, meaning our first time buyer would need to save £7,190 as a deposit for the terraced (95% mortgages have been available to first time buyers since 2010) plus a couple of thousand for solicitors and survey costs. Rounding it up to £10,000, that isn't unattainable.

A hopeful first-time buyer would need to save heavily for a year, maybe two depending on other expenses, before they were in a position to put down their first deposit.

And where are they going to live? A basic search on Rightmove showed in excess of 160 one-bed apartments for under £150,000 (albeit in the outer areas of London), so the properties are there, especially if the 'competition' have already convinced themselves that they won't own a property in their lifetime.

I also read a report by Paragon Mortgages published in Autumn last year. 35% of tenants intended to stay renting, and 24% intended to buy a house in the future. 74% of respondents cited 'unaffordability' as the reason for wanting to rent.

However, in up to 90% of cases, mortgage payments to buy a property are cheaper than rent, it is just that renting is an easier game to get into - two months' deposit is always going to be cheaper than 5-10% of a property's value, so they choose to rent.

The question is, which is more important? The instant gratification of renting, or the long-term benefit of owning?

The fact is, the youngsters of today are called 'Generation Rent' for a reason. There are homes available, but they're on the horizon, and there are financial benefits to owning a property, but they're even further away in a generation of people who aren't wealthy enough to take the necessary risks. 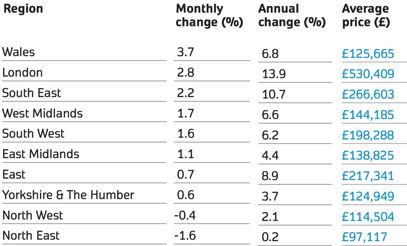 For that reason, despite the surprising affordability of starter homes for some, I expect the shift in attitude towards renting in the UK to remain steady for the next twenty years plus. With demand for British rental property unlikely to slow and newly formed households continuing to choose the rental market instead of purchasing a property, I also forecast that renting will continue to offer good value for money for tenants.
Back to all articles