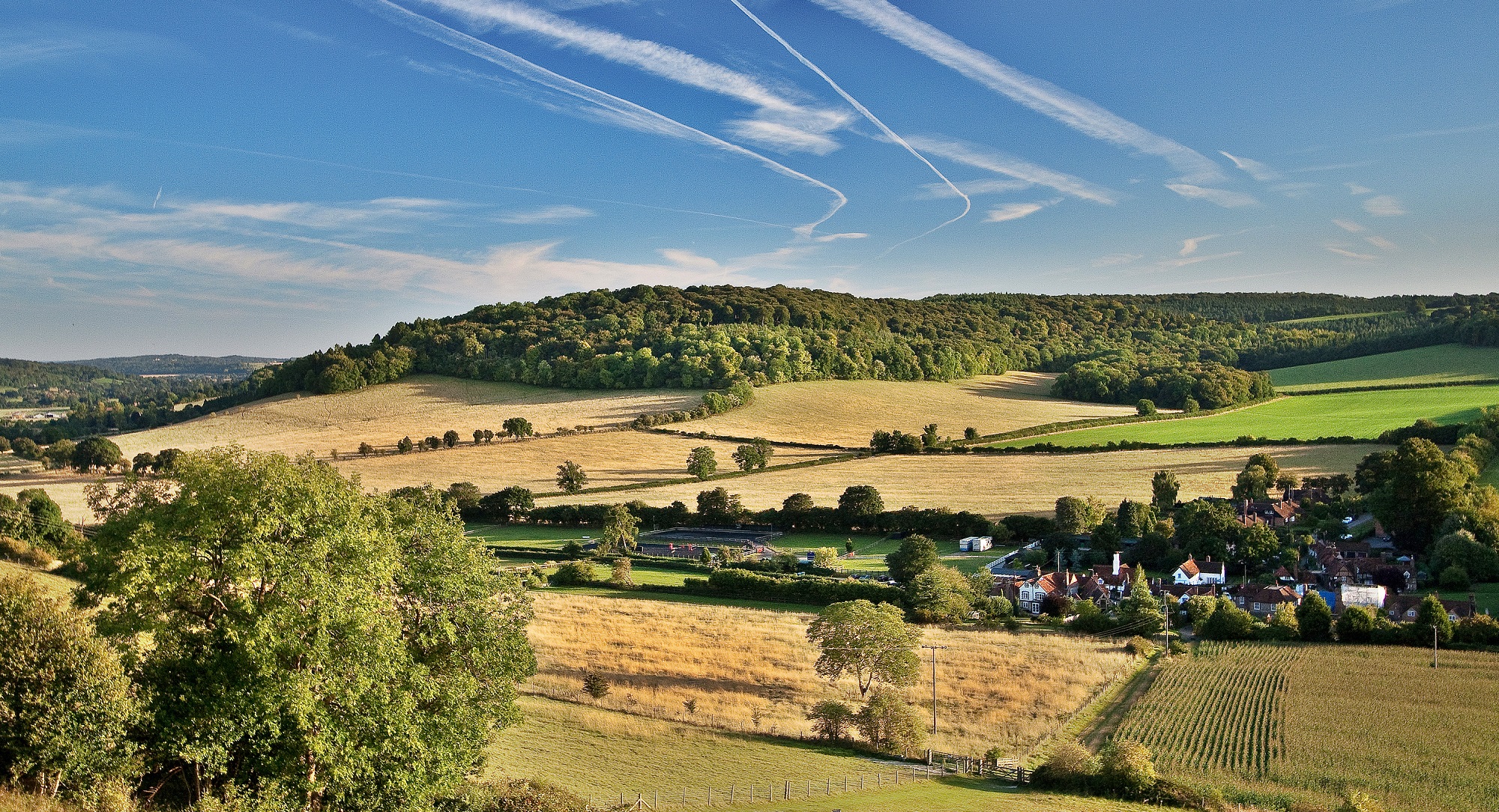 Oxfordshire is one of the best places to live in the UK.

Indeed, South Oxfordshire was, in 2019, crowned the UK's sixth best place to live for quality of life.

But what can you expect from living in Oxfordshire and, when it comes to property, what can you get for your money?

Buying a house in Oxfordshire

One of the best things about Oxfordshire is its proximity to THREE Areas of Outstanding Natural Beauty.

In fact, a good percentage of the county falls within the Cotswolds, Chiltern Hills and North Wessex Downs.

But if city living is more your cup of tea, then Oxford has it all: Museums, great nightlife, theatres, restaurants and sport.

The constant throughout rural and urban Oxfordshire, though, is great properties.

From the Edwardian and Victorian homes of Witney, to stone-built cottages of villages like Burford and new-builds of Thame, there's real variety to be found from houses for sale in Oxfordshire.

Properties for sale in Oxfordshire

Witney
If the Cotswolds is high on your list of desires for your next home then Witney could be the place for you.
It's a pocket of West Oxfordshire that offers the glorious open space of the Cotswolds, classy period homes and the bustle of Oxford nearby.

The rows of Cotswold stone-built terraces are hugely popular with families, while 1930s family properties are available on the fringes of the town alongside some newer homes in areas like Deer Park to the west.
Top property
This three-bedroom Cotswold stone cottage is a great example of the kind of period properties available in Witney. 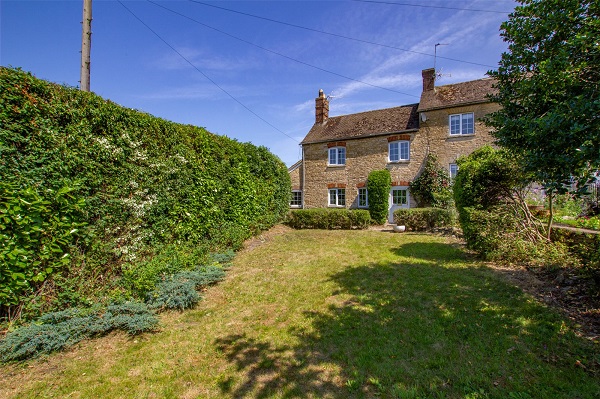 With a south facing garden and plenty of internal space, it would suit a family due to its proximity to 'Good'-rated Witney Community Primary School.
Witney property prices

A Cotswold-stone terrace will set you back around £300,000, although some come in cheaper than that at around £290,000 on average.

Larger family homes in Witney command asking prices in excess of £300,000 for a semi-detached property, while five-bedroom period homes such as this one in Ducklington, south of Witney, can reach over £500,000. 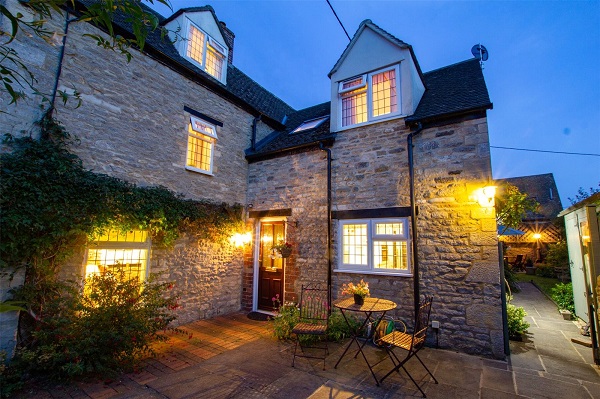 Thame
Across the other side of Oxfordshire, in the east, Thame is a hugely popular area with commuters.
With great road links to London and Birmingham via the M40, the area also boasts some fantastic period homes intertwined with more modern properties.

Semi-rural, living in Thame provides buyers with the best of the county's open green spaces and good proximity to Oxford and Aylesbury.
Top property

If modern properties requiring little or no work appeal to you then Thame offers plenty alongside its traditional Victorian and Georgian townhouses and character cottages.

This three-bedroom property south of the town centre is only seven years old and has been decorated to a high standard throughout. 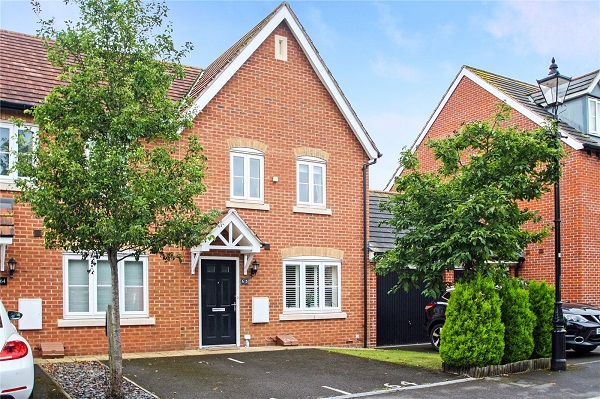 Thame's average property price of £446,049, according to Rightmove, is almost what you'd expect from an area with great commuter links and a wide variety of desirable properties.

Victorian terraces and semis can be picked up for between £350,000 and £420,000, while the larger family homes can fetch upwards of £600,000.
Chinnor
South east of Thame and on the fringes of the Chiltern Hills, Chinnor is a large village but retains that community feel associated with those much smaller.
Like Thame, the village is close to the M40 and so popular with London commuters as well as families thanks to its good schools like St Andrews CofE Primary, which is rated 'Outstanding' by Ofsted.
Top property
Chinnor's large family homes are highly sought-after and few are better than this superbly presented five-bedroom house on Oakley Lane. 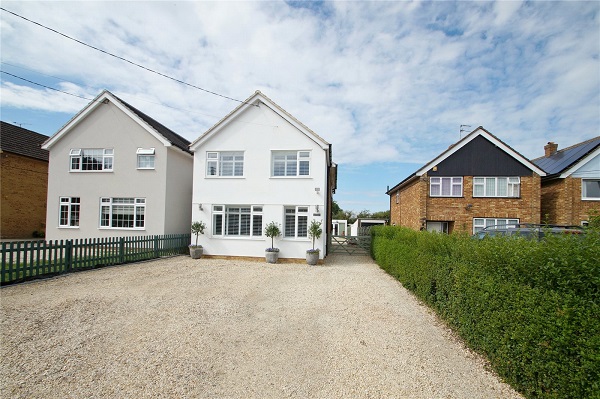 In a great location for easy access to the M40, the property has been extended and renovated to a high standard and would suit a growing family.
Chinnor property prices

Part of Oxfordshire's appeal is in its transport network as much as its great properties and rural location.

The M40 motorway offers great connections to Birmingham and London, while the M4 to the south of the county runs between London and Bristol.

On the trains, Oxford and Oxford Parkway offer services to Paddington and Marylebone in less than an hour.

There's also plenty to do in the county when it comes to shopping, eating and drinking.

Witney's beer and music festivals are hugely popular in the town, as is Thame's weekly Tuesday market. And with Oxford on the doorstep, shoppers are never too far away from The Westgate Centre, which offers more than 100 shops and 20 restaurants over three floors
If you're interested in moving to Oxfordshire, get in touch with your local Parkers office or take a look a our available properties