Everything you need to know about living in Swindon 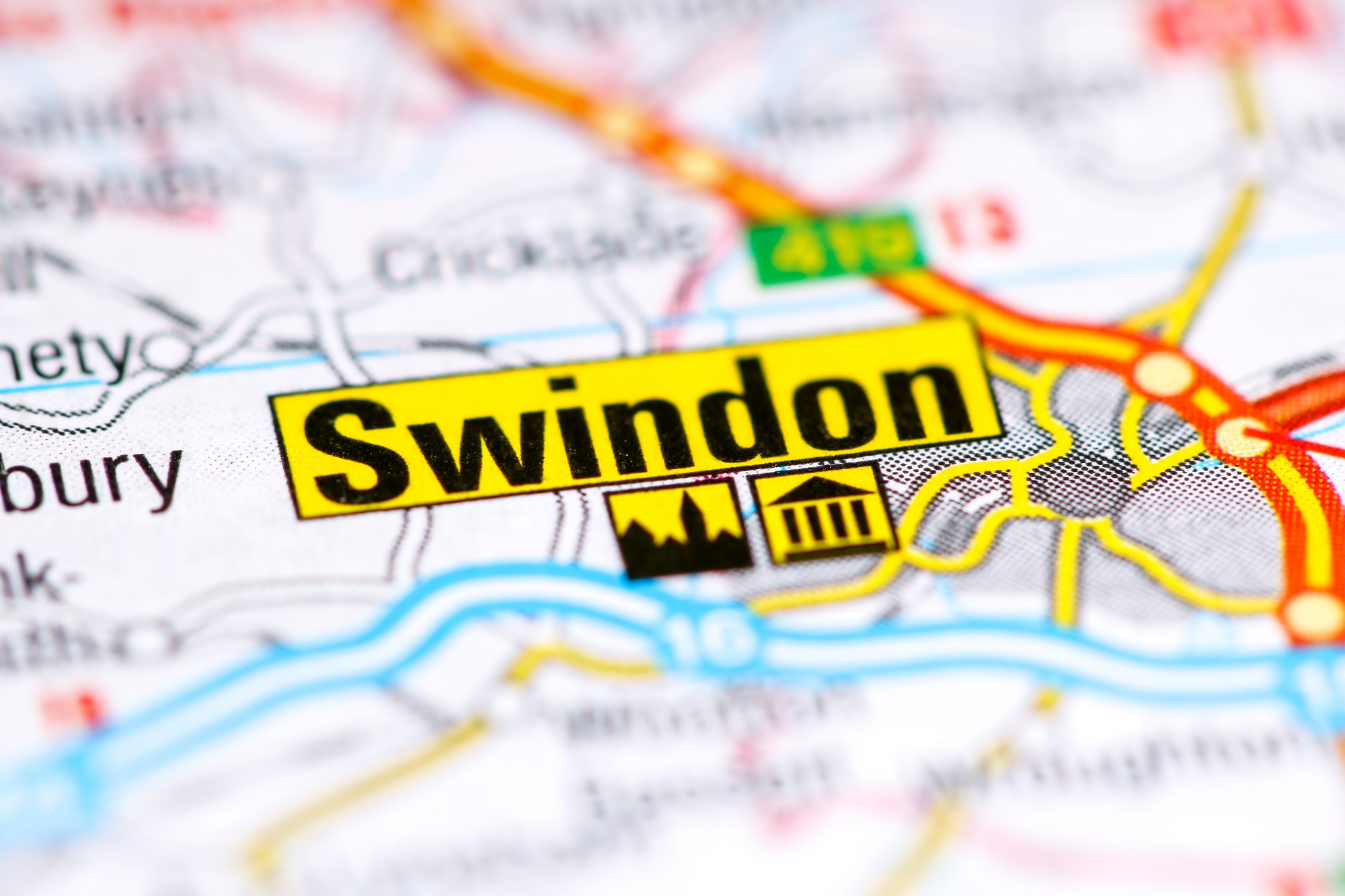 Swindon is a town that has risen from humble beginnings as a small Saxon village.

Fast forward to 2019 and the Wiltshire spot has produced a host of famous faces like model Melinda Messenger, actor Billie Piper and Countdown presenter Nick Hewer, not to mention a former Premier League football team and a magic roundabout (more on that later...)

Swindon is also great for property hunters, with its mix of period and modern homes, great commuter links and well-priced homes.

Swindon's property prices compared with nearby hotspots Bristol, Newbury and Reading make it an attractive option for house buyers.

Throw into the mix it's superb location just off the M4 and a mainline station into London and it's easy to see why many London workers are upping sticks to the Wiltshire town.

Ongoing regeneration by the Forward Swindon arm of the local council is also helping to lift the town centre and add value to property.

The best thing about Swindon is its variety, whatever you are looking for as a buyer. The Old Town area of Swindon is highly-sought-after and hugely popular due to the traditional Victorian and Edwardian terraces on offer.

Young professionals and families seek out these homes and their prized period features with gusto.

For something a little larger, the area close to Coate Water Park in the south east of the town is popular for its 1930s detached homes and new builds. 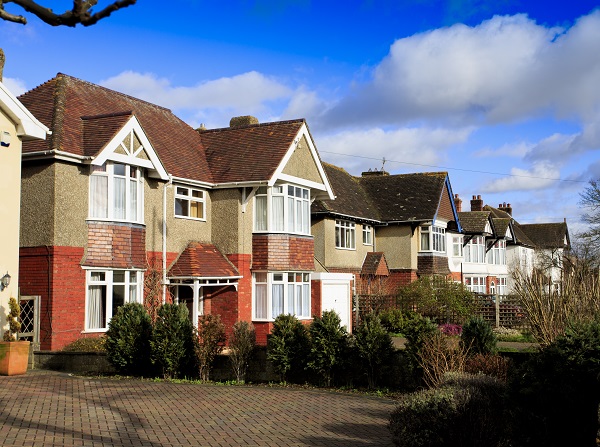 Houses for sale in Swindon

The majority of homes sold in Swindon during 2018 were terraced homes, fetching an average price of £202,763 according to Rightmove.

With semi-detached properties averaging under £250,000 and detached homes selling for £360,283 on average, there are plenty of properties to buy on offer for first-timers right up to experienced homeowners.

Meanwhile, flats for sale in Swindon average £153,948, according to Zoopla.

Those looking to rent in Swindon are again spoiled for choice.

The majority of the town's rental properties are flats, averaging £564 for one-bedroom and £728 for two.

But there are also healthy numbers of houses available, too, with three-bedroom homes commanding an average rent of less than £1,000.

As well as the M4 motorway to the south of the town, Swindon's railway station offers regular services into London Paddington which take around an hour.

The M4 to Heathrow Airport, meanwhile, takes around 60 minutes in the car, while Bristol Airport is just under 50 miles away.

Cardiff, meanwhile, is a little over 70 miles away via the M4 with the glorious Cotswolds just a short hop up the A419.

Although the recent news that car manufacturer Honda would be closing its Swindon factory 2021 dealt the town a huge blow, there are a number of other large employers in the town.

Nationwide, Npower, WH Smith and First Great Western are all based in Swindon, while last year Appsbroker, Beard, Excalibur Communications, Outsource Recruitment, RFS and Wasdell Group all appeared on the London Stock Exchange's list of the most dynamic small-or-medium sized enterprises in the country.

The Brunel Shopping Centre in town, meanwhile, has more than 100 shops including M & S and House of Fraser.

Eating out in Swindon

Swindon's restaurants cover everything from classic British cuisine to Indian, Asian and European.

Curry fans should head to the Jewel in the Crown on Victoria Road in the town centre for some spice and brilliant ambiance.

If your cuisine of choice is classic, hearty British food, head to the New Calley Arms in Wanborough where fish pie, rump steak and honeycomb cheesecake are the order of the day.

Things to do in Swindon

During the summer months, take in some adrenaline-fuelled speedway action watching the Swindon Robins at the Abbey Stadium, Blunsdon.

League Two side Swindon Town, meanwhile, were plying their trade in the Premier League in 1992-93 and are still a hugely entertaining side to watch at the County Ground.

Away from sport, the Steam Museum of the Great Western Railway is worth a visit. Swindon is best known as a railway town and its history is all here under one roof.

Finally, no visit to Swindon is complete without a drive across the town's infamous Magic Roundabout.

The roundabout is actually SIX roundabouts in one (five mini roundabouts around one main). Voted the UK's fourth scariest junction in 2009, its appearance can strike fear into the average motorist.

But it just works. And spending some time watching drivers negotiate it is actually rather satisfying! 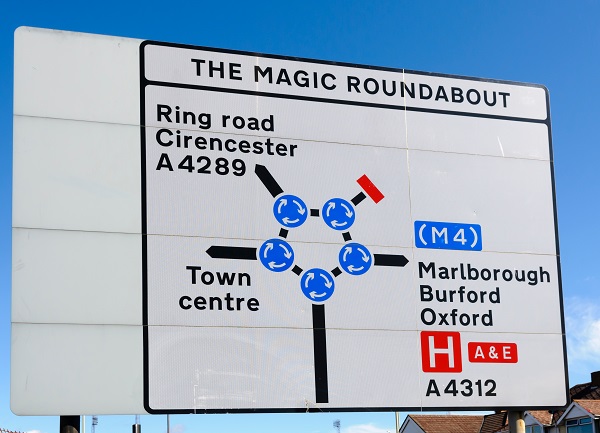 In 2019, with the popularity of gaming, Swindon's Museum of Computing is a great way to show the kids that things weren't always Fortnite and FIFA.

The museum displays vintage handheld devices and desktop machines so you show the children what you used to play with when you were their age!

The Oasis Leisure Centre is brilliant for a swim and also has a great wave machine and slides to keep the little ones happy.

Meanwhile, the Jungle Parc high ropes course is a great option for some adventure and fresh air during the warmer months, or let the kids run free in the grounds of Lydiard Park country park. 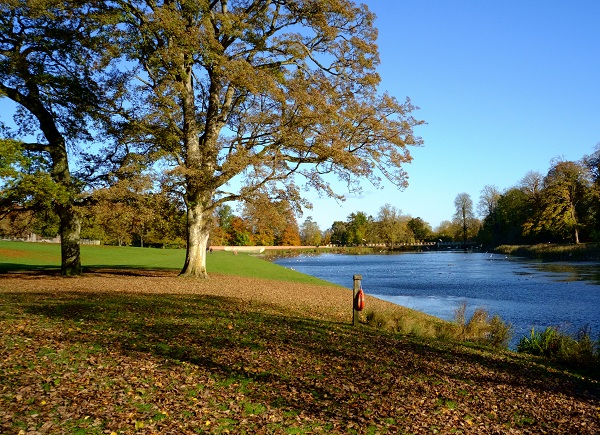 If you are thinking of a move to Swindon, take a look at our latest available properties or get in touch with Parkers Swindon who will be more than happy to answer any questions you have on the local area.